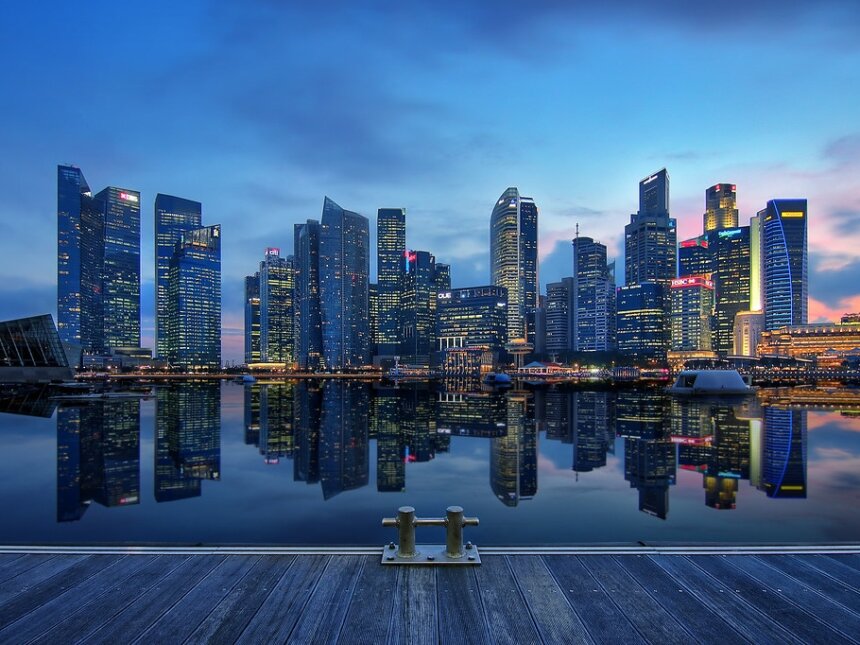 The Singapore skyline is decked with skyscrapers. Which among these are the tallest buildings in Singapore? 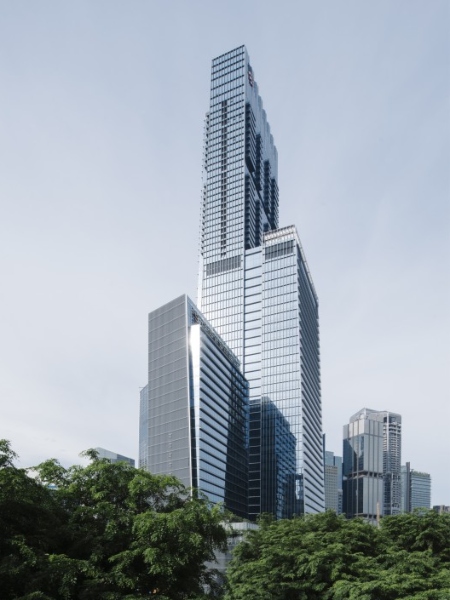 Completed in 2016, Guoco Tower (also known as Tanjong Pagar Centre) is the tallest building in Singapore at 290m. It is the first building that surpasses the 280m height limit for buildings in the city. Standing tall at Tanjong Pagar, Guoco Tower has 6 levels of commercial space at the bottom which serves the mixture of residential and office units above. Notable tenants include Sofitel Singapore City Centre, Wallich Residences, Dentsu Aegis, ING, Asics and Danone. 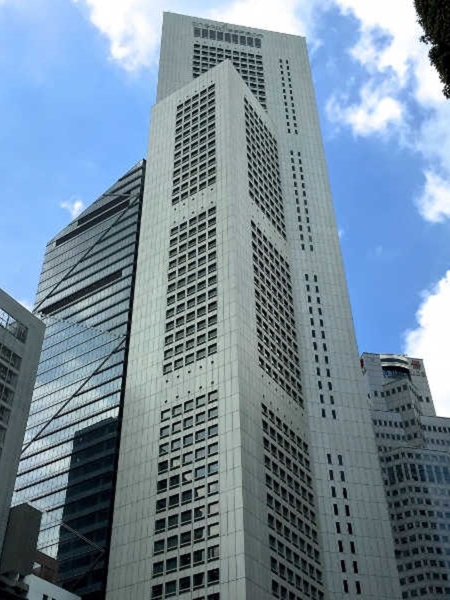 Completed in 1986, One Raffles Place Tower 1 (formerly known as OUB Centre) was the tallest building for 30 years before Guoco Tower was completed. It stands above the Raffles Place MRT Station at 280m and has the same height as United Overseas Bank Plaza One and Republic Plaza which were completed later. Its characteristic facade of triangular structures with squarish windows is entrenched in the Singapore skyline, and is impossible to miss when you are at Marina Bay. Its tenants include leading financial and banking firms alongside other professional firms. 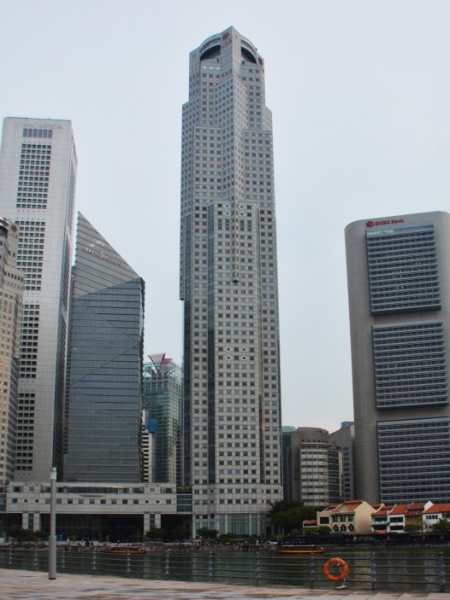 United Overseas Bank Plaza One is another iconic skyscraper at the Central Business District on the banks of the Singapore River. At 280m, it was completed in 1992 and was designed by Kenzo Tange, the same designer who designed One Raffles Place Tower 1. This explains the similarity in motif between the 2 buildings such as the triangular patterns and the square windows in the facade. It is home to a host of companies providing banking and financial services, shipping services, law firms and more. The basement of the tower houses the Masjid Moulana Mohd Ali M C mosque. 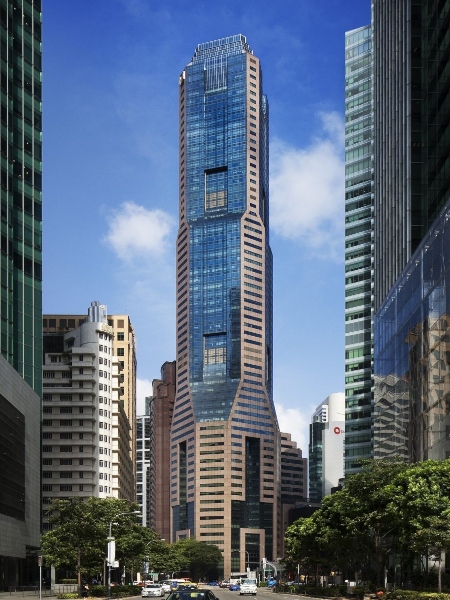 Republic Plaza stands at the doorstep of Raffles Place MRT Station. It is tied in second place with One Raffles Place Tower 1 and United Overseas Bank Plaza One, and is the newest among them, being completed in 1995. The building is divided into 3 distinct portions, and looks as though the edges are shaved off the building. This design serves to provide the best views for its tenants. Aside from the bottom 3 levels which have a variety of dining options, the floors above are offices for companies from various sectors. 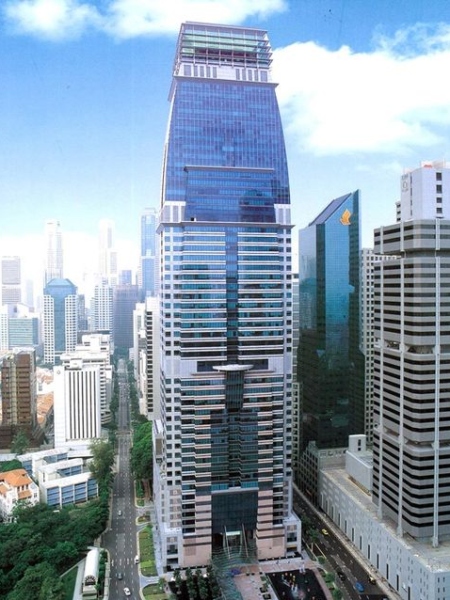 Completed in 2000, Capital Tower is Singapore’s 5th tallest building at 254m. The building comprises 52 floors and is located near Guoco Tower in Tanjong Pagar. Conveniently linked to the Tanjong Pagar MRT station and surrounding buildings via an underground pedestrian network, it is highly accessible and has meeting and conference facilities, flexible workspaces, fitness centre, retail and food and beverage outlets. Capital Tower is managed by CapitaLand Commercial Trust, with GIC Private Limited, JP Morgan Chase Bank and CapitaLand Group as its top tenants. 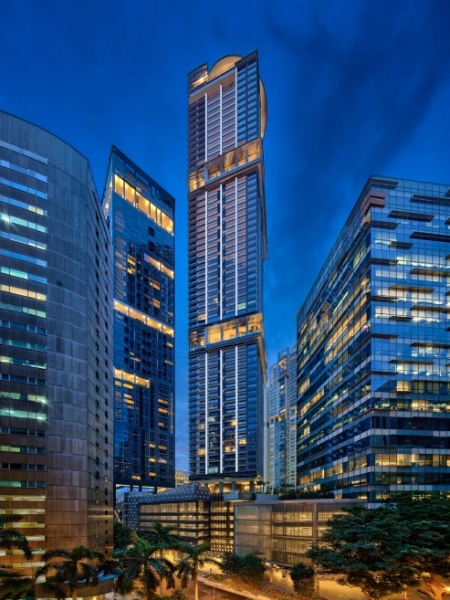 Skysuites @ Anson is the tallest residential building in Singapore. Built in 2014 by Allgreen Properties, it stands at a height of 250m at the Central Business District. Its 72 floors house 360 luxurious units alongside sky terraces that make the building highly recognizable. At The Club at level 7, residents can enjoy the facilities of gymnasium, tennis courts, swimming pools and jacuzzi. The Gallery at Level 31 houses an outdoor fitness station, a secluded reading alcove and a vibrant game loft. The Retreat on Level 56 takes relaxation to another level with spa facilities including a dry hammock and wet hammock area, oriental tea garden, rain shower, hot spa and sunken yoga court. Last but not least, the highest level (Level 72) has vantage points for you to get a 360-degree of Singapore. 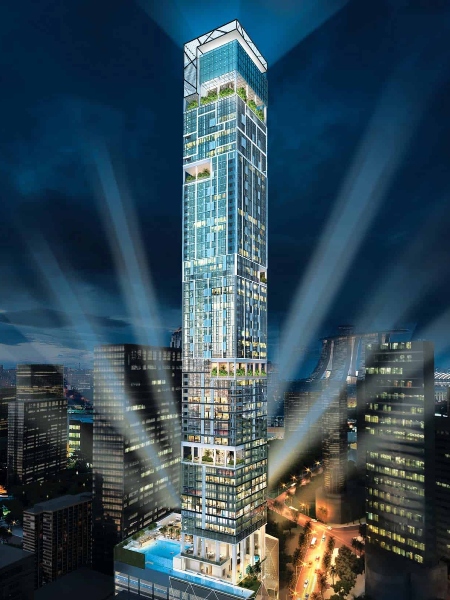 Altez stands beside Skysuites @ Anson at the same staggering height of 250m, and it is also a residential building. However, the two buildings are unrelated as they are developed by different developers. Developed by Bishan Properties Pte Ltd, its 62 floors comprise 1, 2 and 3-bedroom lofts and penthouses. Facilities include 5 lifestyle gardens on the 18th, 28th, 40th, 52nd and 60th floors, waterfall feature pool, basketball half court and tennis court. There at commercial units at the 1st level which is integrated with the Icon Village commercial space to serve its residents. 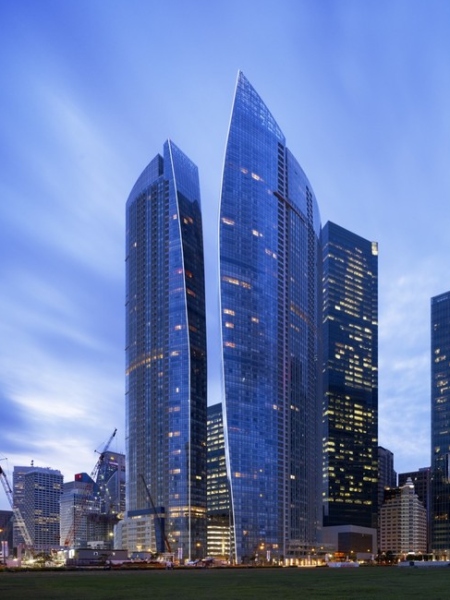 The Sail @ Marina Bay is the 8th tallest building in Singapore at 245m. It is strategically located between the Marina Bay and Raffles Place amidst the Central Business District, making it a residence of choice for rich expats. Shaped like a sail, it has a total of 70 floors of luxurious serviced apartments and is completed in 2008. Residents enjoy the 5-star serviced apartments which are tastefully furnished and comes with full resort facilities such as gym, 4 swimming pools, tennis courts, skydeck observation decks, concierge and doorman. 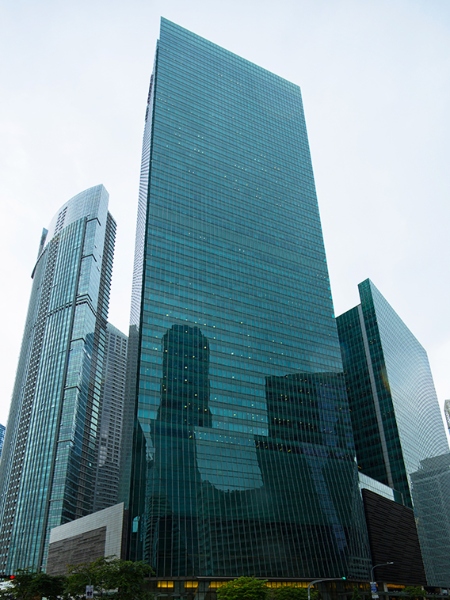 One Raffles Quay North Tower stands at 245m and is a new addition to Singapore’s skyline in 2006. Developed by JLL, its 50 floors are used as offices for various banks and firms providing professional services, such as Credit Suisse, Thomson Reuters and Ernst & Young. It is directly linked to Raffles Place MRT Station, making it incredibly convenient for tenants to access. 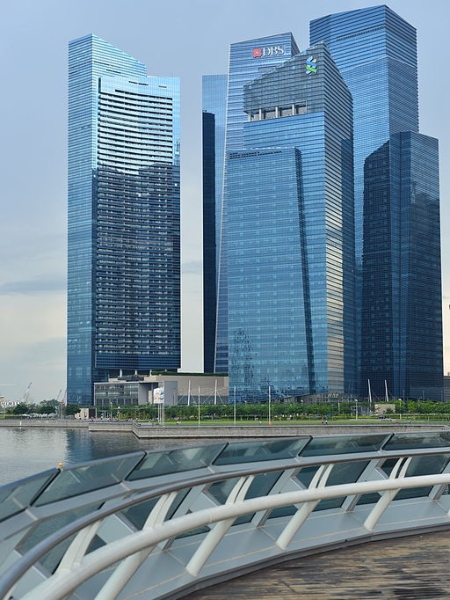 Marina Bay Financial Centre (MBFC) Office Tower Two is part of the MBFC cluster which comprises Towers 1, 2 and 3, as well as the Marina Bay Link Mall. It is an iconic building at Marina Bay which stands at 245m, the same height as The Sail @ Marina Bay and One Raffles Quay North Tower. Completed in 2010, it has a total of 50 floors and serves as offices for renowned banks and companies such as HSBC and IBM. 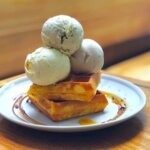 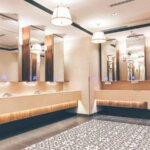