TOP 10 Most Distinctive Architecture in Singapore 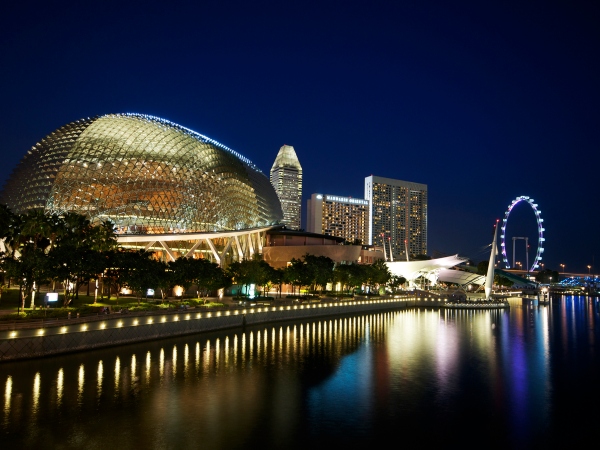 Check out the most iconic buildings with unique architecture that only Singapore has to offer! 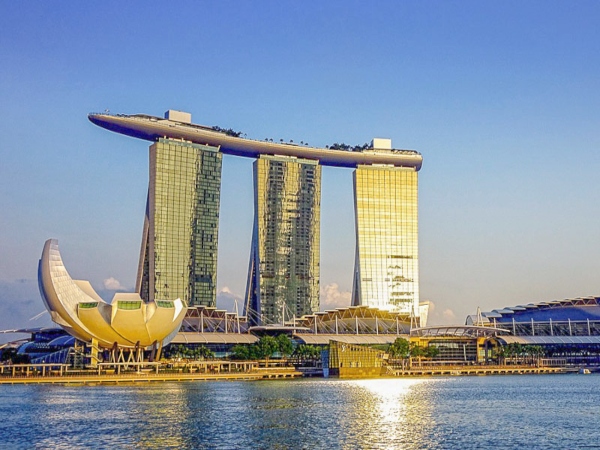 One of Singapore’s most iconic landmarks, the Marina Bay Sands was designed by renowned architect Moshe Safdie. It stands tall at the mouth of Marina Bay with its three towers (a fourth tower will be added in due course) and sky park. The skypark at the top of the three towers resembles a surfboard and houses the world’s largest infinity pool. With a length of 150 metres, there’s plenty of space for pool users to take in the unparalleled view of the Singapore skyline from the 57th floor of Marina Bay Sands.

The design of the three towers are inspired by the action of bending a card in a casino, a nod to the casino housed within the complex. Take a closer look, and you’ll notice that the towers open up at the base to varying degrees, with adjacent towers opening up in a progressively smaller degree to create a dynamic of changing geometry. Chinese ‘feng shui’ also has a play in the design here. Specifically, Hotel Tower 1 has a slope of 26 degrees, with “26” considered a good number as 2 and 6 add up to 8, a number signifying prosperity in Chinese culture. 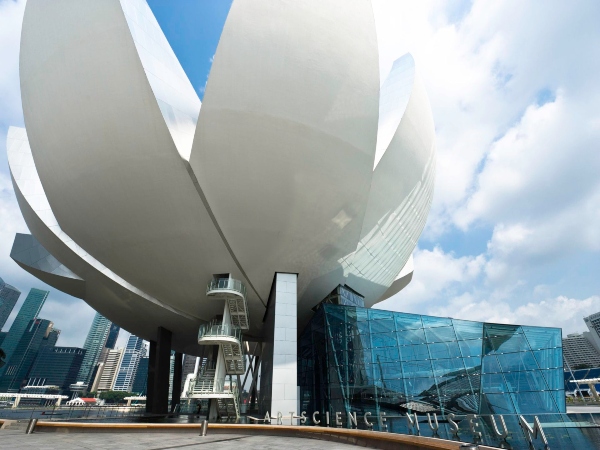 The ArtScience Museum is another iconic structure within the Marina Bay Sands complex. Its exterior resembles both a white lotus flower and a hand with 10 fingers with a unique round base in the middle. The design is more than just an artistic one. It also serves functional purposes as the “fingertips” allow natural light to enter into the gallery spaces housed in the “fingers” so that they can be naturally lighted and the need for additional lighting is reduced. The roof also plays its part by channelling rainwater into a small pool through the central atrium. Water from the pool is then used in the building’s cooling systems. Other eco-friendly designs include energy-efficient elevators which convert kinetic energy into electricity. These eco-friendly designs have earned the ArtScience Museum several awards, such as the BCA Green Mark Gold Award.

TOP 3 Esplanade – Theatres on the Bay 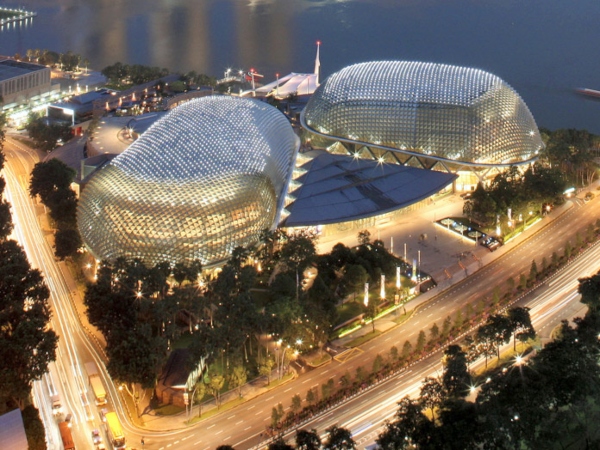 Known among the locals as “the durian” because of its spiky exterior, the Esplanade is another landmark that completes the skyline at Marina Bay. The “spikes” that characterized the exterior of the two rounded glass domes are actually triangular aluminium sunshades that are expertly designed to let natural light infiltrate the foyer while keeping out the heat. Fun fact: more than 7,000 sunshades are used to cover the domes and it takes approximately 2 months for trained technicians on ropes and harnesses to clean them by hand!

While its exterior is breathtaking, much of the ingenuity of the structure also lies in its interior, which houses a theatre, a concert hall and several studios. These performance venues collectively hold more than 3,000 performances of a myriad of genres yearly. The performance spaces were designed in consultation with experts of different fields to ensure cutting edge acoustics. The Esplanade Concert Hall, for example, was designed by the late master acoustician Russell Johnson, and boasts top-notched acoustics that can be “tuned” to suit a wide range of music performances. 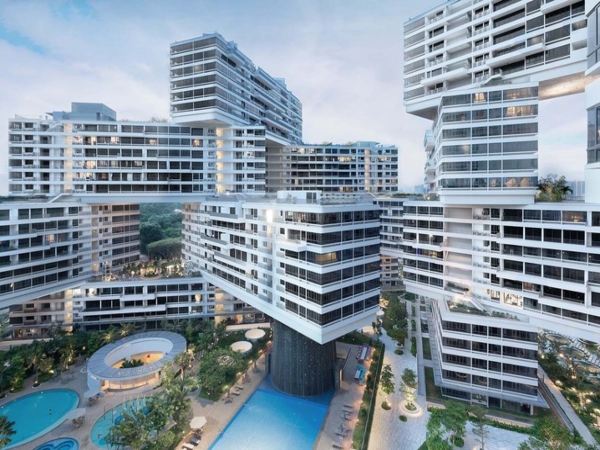 Nestled among the lush greeneries of Telok Blangah is a jaw dropping architectural wonder called The Interlace. The Interlace consists of 31 almost identical apartment blocks which appear to have been stacked haphazardly like Jenga blocks. All of the apartment blocks have the same length and a height of 6 storeys. This seemingly random arrangement is actually a well-executed plan to house 1000 residential apartments alongside extensive roof gardens, landscaped sky terraces, balconies with scenic patios and beautiful courtyards with facilities such as pools, lagoons and waterfall. Eight courtyards are strategically arranged among the interlocking blocks to house leisure amenities and to create spaces for increased privacy. With such a unique and intelligent design, it is no surprise when The Interlace was named World Building of the Year at the 2015 World Architecture Festival. 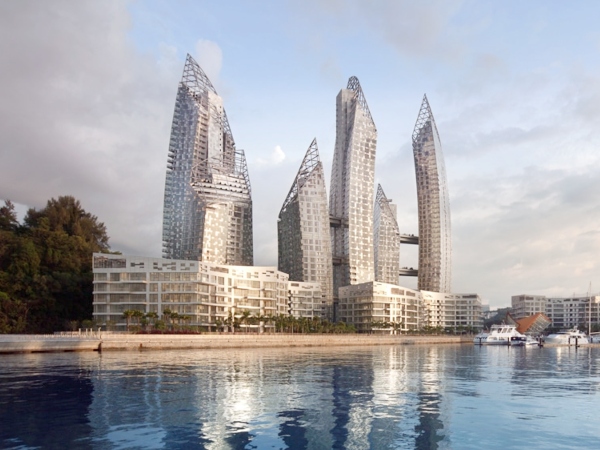 Reflections at Keppel Bay is a picturesque addition to the Keppel Bay skyline. The unique complex which stands at the entrance to the historic Keppel Harbour consists of 11 low-rise fan-shaped villa apartments at the waterfront and 6 curved towers behind them, which together houses a total of 1,129 units overlooking Keppel Bay, Sentosa and Mount Faber. The 6 towers are artfully arranged to form a sight that’s picturesque from any angle. They are connected to one another via sky bridges and each tower has its own rooftop garden. The most distinct feature of this development is perhaps that no two units in the towers have the same interior, and none of the floors are in alignment with the floors above and below them due to the unique curvature of the towers. The interiors are also a far cry from the usual rectangular structure of a high rise residential apartment. With sleek curves and slanted walls, the units can be decked in an artistic and expressive way much more effortlessly.

Both the towers and the villa apartments are clad in insulation layers. Reflections at Keppel Bay also has a host of other sustainability efforts under its belt which led it to receive the prestigious BCA Green Mark Award. Some of these efforts include underground rainwater collection, extensive landscaping and sky gardens to lower ambient temperature, energy-efficient lighting and fixtures and a natural water filtration system instead of chemicals for disinfecting the swimming pools. 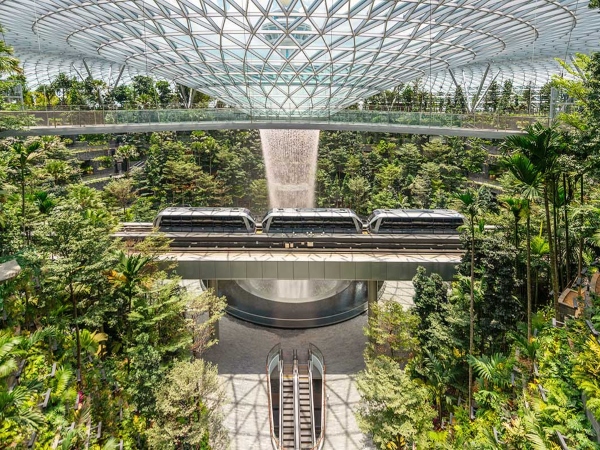 Opened just this year, Jewel has fast become a hot favourite among locals and tourists alike, thanks to the variety and mix of lifestyle and dining options and of course, the ingenious architecture. This dome-like structure with a glass and steel facade has 10 storeys and is home to the Rain Vortex, the tallest indoor waterfall in the world (40 metres), the Forest Valley, a 5-storey man-made rainforest with more than 200 plant species and walking trails and a Canopy Park with a suspended bridge, animal topiary, mazes, slides and mist gardens. The skytrain track that cuts through the complex only adds to its architectural wonder, and at the same time allowing passengers to have a breathtaking view of the Rain Vortex and the surrounding Forest Valley.

The 11-metre wide Rain Vortex pours approximately 10,000 gallons per minute during high flow, creating a majestic sight. There are also light shows and regular intervals where mist will be released to add to the surreal experience of a waterfall in a rainforest. An acrylic structure separates the waterfall from its surrounding environment in the basement levels to allow visitors to get up close with the waterfall without being splashed. Apart from being an architectural wonder, the Rain Vortex also serves to recirculate rain water to cool the indoor environment and for water to be reused.

The facade is a contiguous grid shell held in place by 14 tree-like columns and a ring beam at its edge. Much consideration has been given to design the facade in a way that helps with the optimal functioning of the complex. More than 9,000 high-performance architectural glass panels are used to build the facade so as to increase energy efficiency by transmitting daylight and minimising heat gain. A 16mm air gap between the glass panels serves to insulate against noise from the aircraft flying to and from the busy terminals. 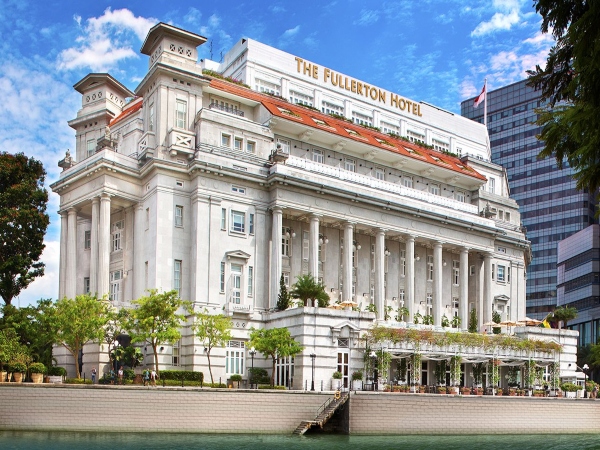 Completed in 1928, the present-day Fullerton Hotel is a historical landmark at Marina Bay, having witnessed key events in Singapore’s history such as British occupation, World War II, Japanese occupation and Singapore’s independence. Built by the British after the Allied forces had the victory in World War I, it was once home to British governmental offices, Singapore’s General Post Office, the prestigious Singapore Club and the Singapore Exchange. It has a neo-classical style and is easily identifiable by the colossal Doric columns that line its exterior. There is also a lofty portico over the main entrance with trophy designs and royal coat of arms and a lighthouse on its rooftop that was built to guide the ships in the harbour (present-day Marina Reservoir).

Today, you can still witness the architectural intricacies within its walls. The room in which the British Governor was first told to surrender to the Japanese during World War II is now an exclusive lounge with a one-of-a-kind, barrel-vaulted coffered ceiling. The historic lighthouse was replaced with Fullerton Light, a revolving beacon emanating light from the roof of the building, and a luxury restaurant, aptly named Lighthouse, in its place. 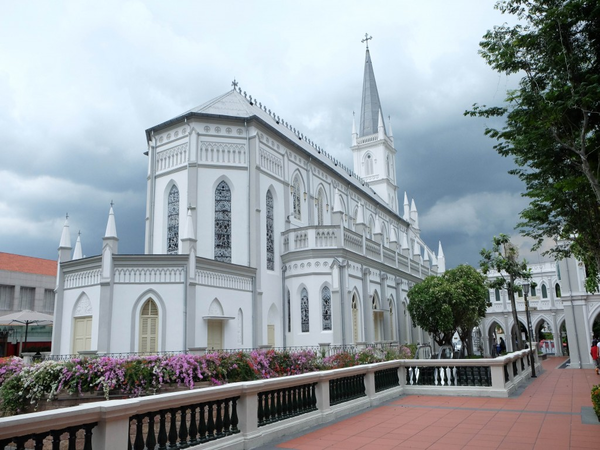 CHIJMES (pronounced “chimes”) which stands for Convent of the Holy Infant Jesus Middle Education School, is an iconic building in the busy streets of City Hall. Established in 1854 by French Catholic nuns, the original complex houses a school for girls from poor families, an orphanage, Caldwell House (nun’s quarters), and a chapel. It has now become one of Singapore’s hottest and most aesthetically-pleasing dining and entertainment venues, so anyone can step in and be enchanted by its beauty.

Caldwell House is a two-storey building built by colonial-era architect G. D. Coleman. It was built in the neo-Classical style with a semi-circle extending out of the front of the building. The upper floor which used to house the nuns’ dormitory has a grand gallery with large Doric columns supporting a vaulted timber ceiling.

The chapel, now known as the CHIJMES Hall, was built in the Gothic style with high ceilings, flying buttresses, a five-storey spire, elaborate stained glass windows produced in Belgium which depict scenes from the Bible, a cross-vaulted ceiling, terrazzo-tiled floors and 648 Corinthian columns and corridors with unique and elaborate carvings of birds and plants. It is undeniably the star of the complex, and understandably a highly popular venue for weddings and concerts.

Step out of the chapel, and you’ll be in a well-maintained garden with marble waterfalls and a beautiful courtyard. It’s hard not to fall in love with this place! 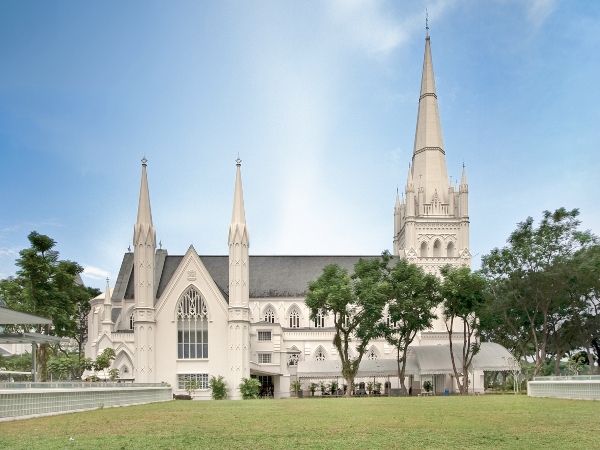 Located above the City Hall MRT Station, St Andrew’s Cathedral is the oldest Anglican church in Singapore and was gazetted as a national monument in 1973. It was designed in the Neo-Classical architectural style by G. D. Coleman, Singapore’s pioneer colonial architect who also designed other notable buildings such as Caldwell House, the Old Parliament House and the Armenian Church of St Gregory the Illuminator. The symmetries characteristic of Classical Greek and Roman architecture, the conspicuous arched entrance and its high columns never fail to intrigue visitors. 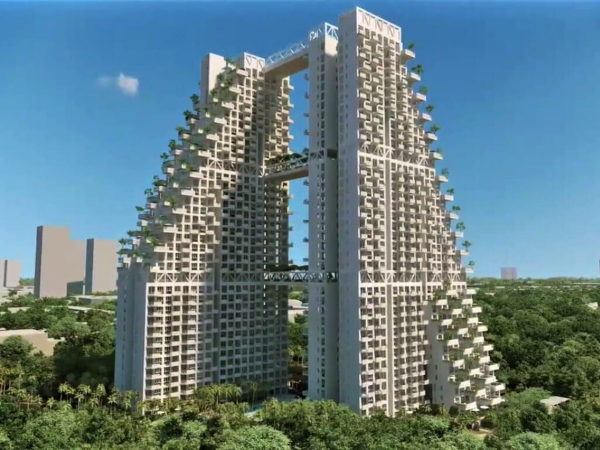 Sky Habitat is a 38-storey condominium with a stair-like structure. The two towers house 509 residential units altogether and are linked by sky bridges with gardens and pools on it, giving residents the luxury of experiencing parks and pools in the air. The geometry of the towers allows natural ventilation, sunlight and uncompromised views for every unit, on top of the private balconies and outdoor terraces and gardens. A sky pool at the top of the building, a 50-metre lap pool, children’s pool, a tennis court, barbecue pits and a gymnasium are among the facilities housed in this complex.

Credit: holidify.com, timeout, designandtech
In case of copyright infringement, please contact us at contactus@compy.global to take down the content. 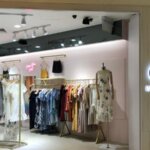 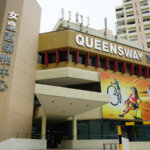